Normal:
€15.00
Student:
€5.00
Friend:
€12.00
VERWACHT
zo 09 Mei 2021
Doors open:
13:30 hour
Start:
14:00 hour
End:
15:10 hour
This performance offers an energetic set that celebrates the birth of jazz funk. Swinging grooves, improvisations and ensemble playing at the highest level by musicians of undisputed international class, all belonging to the permanent core of the Jazz Orchestra of the Concertgebouw, JOC.

The band:
Peter Beets - Fender Rhodes piano - is one of the most virtuoso pianists of the current generation. He is a regular pianist of the JOC and to the last, was a member of the band of Europe's First Lady of Jazz, Rita Reys. His playing is characterized by an untameable fun with great swinging virtuosity.

Ruud Breuls - Trompet, Flügelhorn - originating from Urmond, Limburg, a breeding ground for many brass players, where he, like his father and brothers, played the trumpet in the local brass band from an early age. He studied both classical- and jazz music at the conservatories of Rotterdam and Hilversum. He was the lead trumpet player for the Metropole Orchestra until his transition to the equally legendary WDR Big Band from Cologne.

Frans van Geest - Bas - was co-founder and is still a member of the JOC. He is a teacher at the Codarts Conservatory in Rotterdam and a much demanded accompanist to an enormous list of great American and European jazz musicians. He regularly played with all kinds of ensembles in Porgy and Bess.

Martijn Vink - Drums - is considered by many to be the best jazz drummer in the Netherlands. He may have played in the more formations than any of other band members. He did play in the JOC, the Brussels Jazz Orchestra, the New Rotterdam Jazz Orchestra, the Ploctones, New Cool Collective, Tineke Postma and so on. For years now he has been the rhythmic beating heart of the Metropole Orchestra, in which he is very emphatically present without really playing hard. He plays on drums from the 60s and 70s, but this time on the drums from Porgy and Bess. 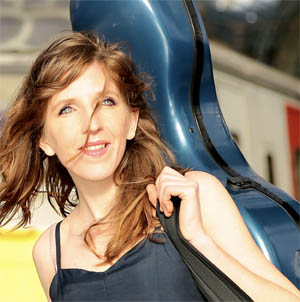